Motch and P.A. are back from Switzerland and life is returning to normal. I thought I'd take a few minutes and share some of my favorite pictures of Switzerland with you. 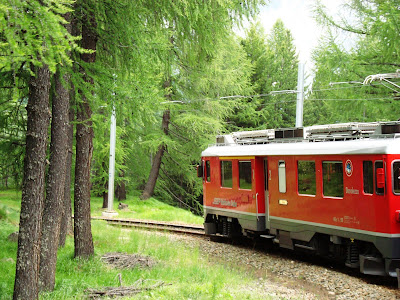 This is a little red train that took them through the Bernina Pass so that they could see the Alps up close. 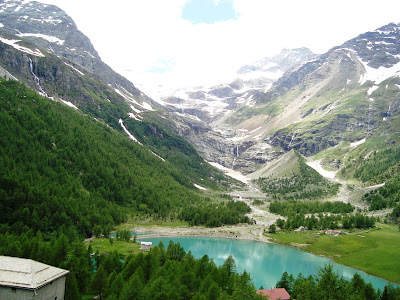 Everywhere they looked they saw mountain streams and lakes and waterfalls. The snow at the tip of the Alps met the clouds and they kind of melted together. 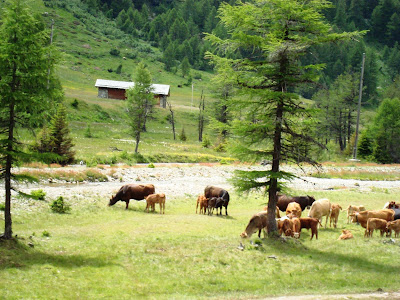 Cows grazed on the countryside throughout the land. It's kind of hard to see, but they all wore cowbells. 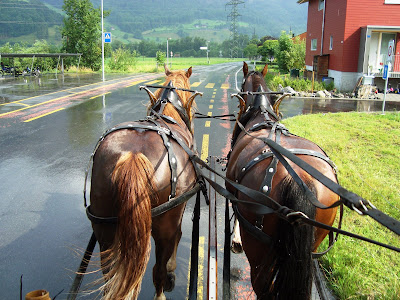 They visited a rural community in a horse drawn carriage and listened to yodeling music as they rode along. One of the highlights of their trip was taking the train to a small town called Rothrist where Motch's grandpa was born and where his mom died and was buried. 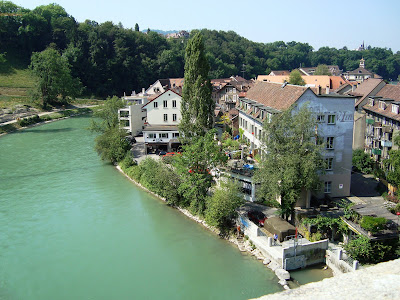 They visited big cities, too, and this is Berne. It means "bear" in German, so I like this town. They usually have bears that live in a zoo-like setting called the bear pits, but it is being remodeled right now so Motch didn't see any bears. 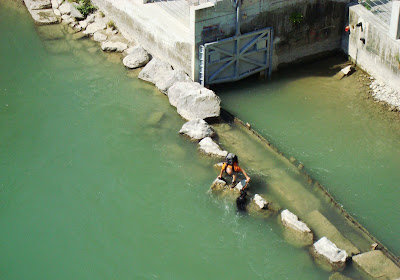 But they did see a dog playing with a stick. It went too far down stream and he couldn't swim back to his owner because the current was too strong. Pretty soon his owner rescued him and pulled him out of the water with the stick. 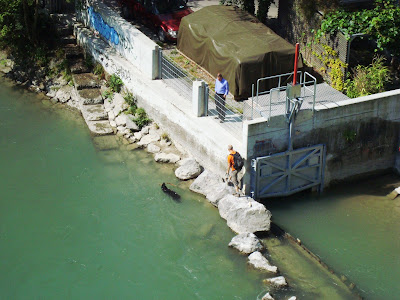 Then he took the stick and swam with it in his mouth to the steps, where he carried it to the top. Then his owner took it and threw it in the water again and again. He was having fun! 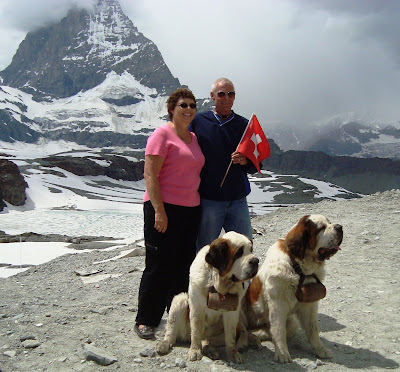 They took a cable car to the Matterhorn which is the highest mountain in Switzerland (can you see it in the background?), and then they got their picture taken with Heidi and Minnie! After the pictures were taken, the dogs got treats. Motch loved these guys because they were so sweet and gentle. 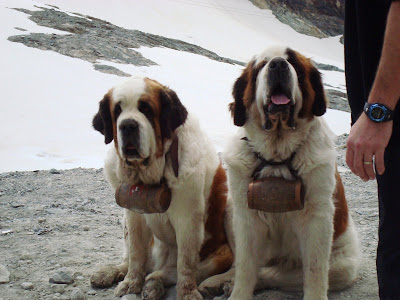 They sure look like good rescue dogs, don't they? 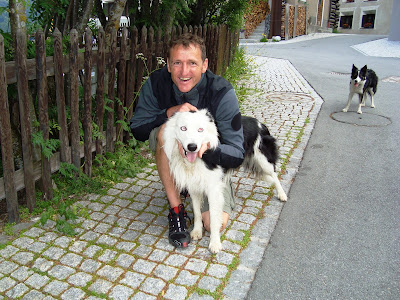 While they were walking the streets of St. Moritz, Motch said hi to these dogs and their owner asked if she wanted to take a picture. He was especially proud of this dog because he has blue eyes. Motch couldn't understand the dog's name. What do you think we should call him? Fritz?
OK, that's all I have time for right now. I'll let Motch share some of her favorite pictures next.
Posted by Petra at 7:06 PM

All that vacation needed was a little Petra Pot Pie!

Petra! We love those beautiful pictures of Switzerland. I've never been there pawsonally but my mama LOVES it and can't wait to visit again. Maybe you and I will get to go one day too?

GORGEOUS photos, the color of that water is amazing!

Hi, Petra!
thanks for sharing all those pictures!
Motch and PA sure had a pawesome time there! And they met very nice doggies too!
Kisses and hugs
Lorenza

They should've brought us home Minnie or Heidi as a souvenir, right Petra? :)

What beautiful pictures.
Those Bernards are so cute. Mom had one as a kid..

Wow! It is so beautiful and so are all the dogs!