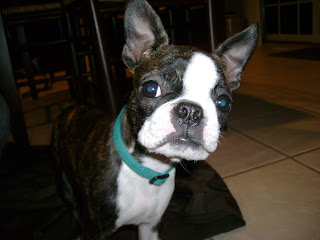 I was tagged by Tanner to tell you more about myself, so here goes.

1. If I could be a different kind of animal, I would be a hippopotamus because they have great big mouths. Yesterday I was eating a bone and choked on it. PA was afraid I might not even "make it" he said. But I did, after throwing up several times during a 3-hour period. Anyway, if I had a bigger mouth, I could chew bones and not choke. 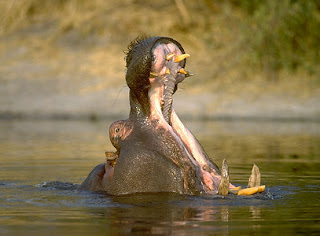 2. My favorite song is "My Favorite Things" which comes from the Sound of Music where the hills are alive! I would change the lyrics at bit:

Raindrops on roses and whiskers on Figg(ins)
Red Santa Claus hats and warm woolen mittens
Brown paper packages tied up with STRINGS! woo!
These are a few of my favorite things
3. If I could live anywhere in the world, I would live in a normal town in Illinois. I've only been here for 2 months and I like it here. If I could go visit anywhere in the world (I know, that's not one of the questions but I don't care), I would visit Petra in Jordan because my name is Petra in Illinois.

4. If I were a famous movie star or personality, I would be Joe Stains because he is my favorite movie star.

5. I would like to be a spokesperson for Tadpole Pomegranate, who should be running for President as the Dogocratic nominee. I would be his campaign manager. Tad is certainly qualified to be President. He is destined to be in public office because his name is Tadpole which you could spell Tadpoll (poll is a place where votes are taken and how could you not vote for Tad if you went to a poll?). He has style (great hair -- and I would make sure the naked Chinese guy would wear clothes while on the campaign trail), charisma, money (well, he WILL have money once he's reimbursed for the job he recently left), experience (again, the job where he learned to deal with difficult people), and HE WILL CHANGE AMERICA! Since he's not a natural born leader but he's full of wisdom, he'll probably choose Joey to be Vice President to round out the ballot. I understand that Joey wants to live in the White House. I can see it now: this will not be a campaign but a movement that will sweep across America from coast to coast.

Are you with me? Should we send Tadpole to 1600 Pennsylvania Avenue? 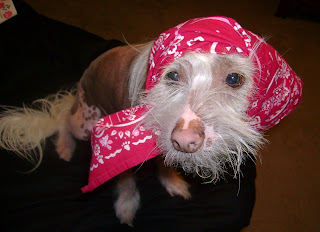 And now, in conclusion, I tag my friends Mack and Stella and Asta.
Posted by Petra at 3:42 PM

Tad for president is a great idea Petra. Oh my about the bones. I am glad you are okay. That would have been scary.

I'd vote for Tad if I could vote (since I'm not a US citizen!).
You want to be Joe Stains? LOL! What a great role model Joe has been!

Oh Petra, I am so humbled that you want to be ME! Being me is not all fun and games though, I am a bit of a tortured soul. However, Tad and I in the White House with NO DOOFUSES might make make my life a little easier. Can Tad be president of the US if he is Chinese???

Oh Petra
That is a gweat list and thank you fow the tag..hmmmmI'll have to think about this..but I love the idea of Tad in the white House with Joey..a little naked chinaman and a movie staw..it could wowk!..but I think Tad might have to stop going awound in dwag
smoochie kisses
Asta

I would definately vote for Tad!
And he just looks so cool in his bandana!
I am so glad that big Moose creature didn't hurt you! I know how your parents musta felt - when Mom can't find me for like 2 seconds she panicks.
I am so honored you tagged me! This is my first tag. Woohooo!
I will get right on it Petra Pie!!!

I'd vote for Tad!!! My mom's job is to design brochures and flyers, so I'll volunteer her to help out on the campaign as long as you let her work from home were she can scratch my ears while she works! This plan just keeps getting better!!
Kaos

At least we know that Joe won't make the first stain in the White House ;-)

Jason
(the FleasGang don't know about things like this)

You're killing me! I too am a fan of the cinematic work of one, Mr. Joe Stains. He's amazing.

I also agree with you about Tadpole. He would be a most compassionate and caring president. He'd have MY vote.

Thanks for sharing. I love hearing what you think!

I'm more than happy to do this tag. You made it look so fun, and we're girly friends, so if it will please you I will spill my guts (figuratively).

I love Tadpole too, and am so glad he finally has a spokespup. He needs to great PR so everydog out there can know the greatness that is TadMan!

I'll have to think about my answers a little, but I'll post them up soon.

I think that Tad would be great at the white house.

I tried to leave a comment about this entry like THREE times the other day, but got frustrated and had to take a break from Blogger. I think the Pomegranate-Stains ticket is a winner!