OK, bear with me. I'm being nice to Motchie in hopes that I'll get some special treats on my birthday which is Tuesday. With that in mind, I'm letting her post the last photos of Switzerland, then we'll get back to ME and what this blog is all about. 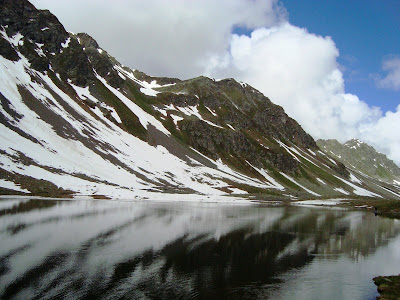 From Zurich, they went to St. Moritz and stopped at Fluela Pass for a photo shoot. The mountain's reflection in the water is pretty amazing! 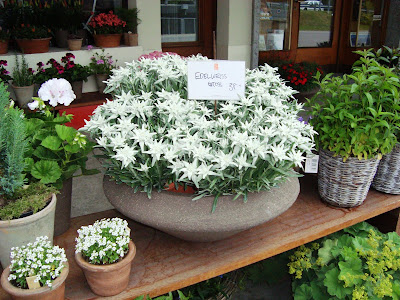 Edelweiss grows high in the alps, so the only time they saw it was in village shops. The cost for this one was 38 swiss francs (about 38 dollars). 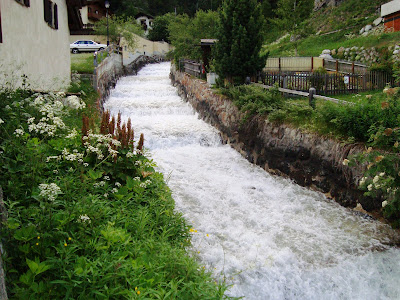 The snow was melting and flowing from the mountains to little streams in every town. It was moving fast and made a lot of noise. 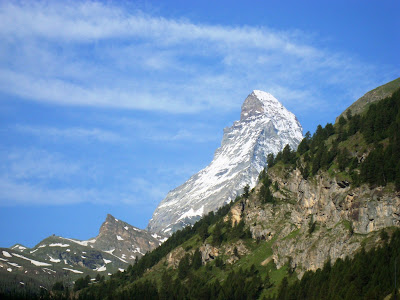 You've already seen the Matterhorn, but this picture was taken early in the morning when it was more visible. There is a cemetary in Zermatt, the village where they stayed, honoring those who lost their lives when climbing this mountain. 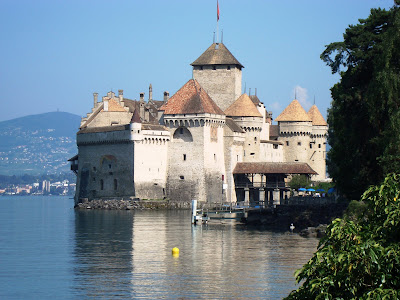 While on their way to Geneva, they saw Byron's Castle of Chillon. Although it's pretty, it would have been a scary prison. 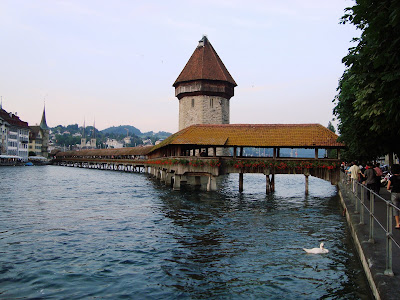 This is Chapel Bridge in Lucerne. They spent a lot of time exploring this old city and shopping for watches and swiss chocolates (which, by the way, are already gone and not a morsel dropped into my mouth). 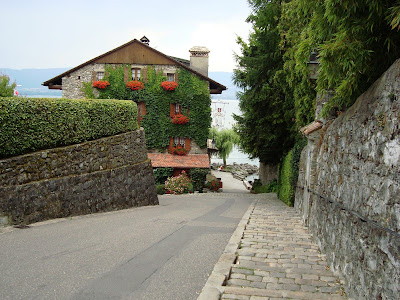 In Geneva, they took a boat ride to Yvoire, France, and then explored this quaint little village. You can see how steep and winding the roads were! 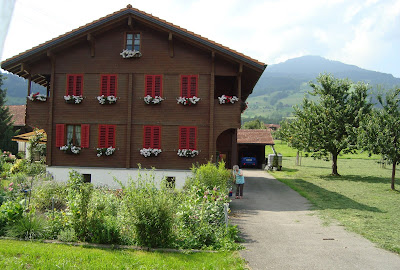 Motch snapped picture after picture of houses like this. Flower boxes filled with geraniums were the standard, and most of the geraniums were red like the swiss flag. The country was clean and quiet. 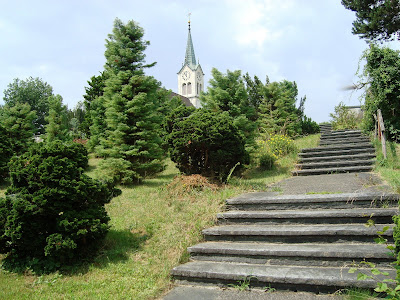 From Lucerne, they took a train to Rothrist, a small little town where Motch's grandpa was born. He was just 2 when his mom died, and she was buried in the cemetary at this church. I'm sure I could have climbed the steps much faster than Motch to get to the top. 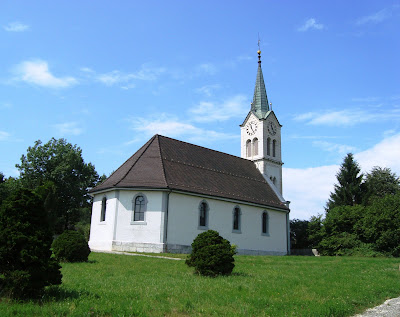 But here's proof that she made it! 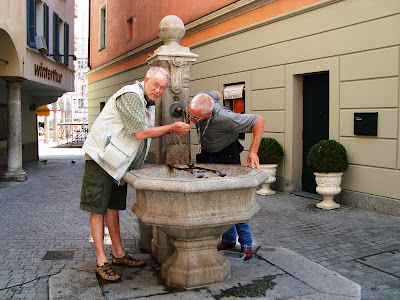 All of the cities and small towns had places where you could fill your water bottles or just take a drink. This water fountain is in Lugano. Motch thought she was in Italy when she was here because everyone spoke Italian and the structure of the buildings and city lay-out was Italian. And yes, she even had gelato ice cream here (several times) but I'm not letting her post a picture because it makes me hungry. 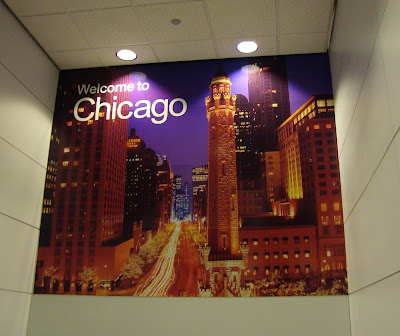 All good things must come to an end, and so did her vacation in Switzerland. She felt right at home at O'Hare and reminded herself that it was good to be back on U.S. soil. 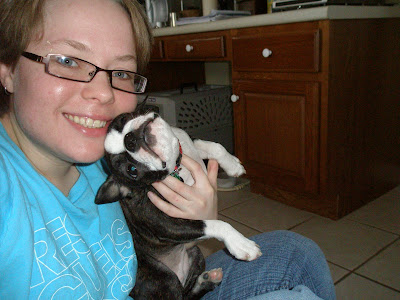 I was glad to have the wanderers home, but I can't say I was too bored or missed them too much. Leah took excellent care of me and even held me tight when I quivered through the thunderstorm and fireworks!
So ends the tour of Switzerland, and that's fine with me because now we can focus on the next important event which occurs on July 14, my 2nd birthday!
Posted by Petra at 12:47 PM

Hi, Petra!
You are so nice letting Motch posting all those pictures for us to enjoy them!
Thanks!
Kisses and hugs
Lorenza

That was so nice of you to let Motch post those pics. Mom says they were lovely. I can't believe you are going to be two already. Where does the time go?

That is LOVE in your eyes in that last picture! I just know you and Leah had a great time together. Mom says if Motch ever wants to fly to Texas before her next vacation, we will be happy to babysit you!

And what beautiful pictures!

And tomorrow is your birthday?!! Happy early birthday Little P!

What a magnificent country Switzerland is! The edelweiss is so pure white!
What kind of cake did you ask for, Petra?

What beautiful photo's.. Thanks for sharing. Now mom is so jealous..

Happy Birthday Petra, hope you have a wonderful day.

It was sooo cool seeing all the pics that were posted. I used to live in Switzerland so it brought back lots of memories :)

Happy barkday, Petra! I hope two is as good to you as it has been to meeee!

Also those pictures are boo-ti-ful. The only thing that's missing is YOU!

Happy birthday, Petra! We hope you are getting LOTS and LOTS of hugs and ice cream today!

Love ya lots
Maggie and Mitch