no olympics for tad

I was upstairs enjoying the boy's dirty socks and used kleenex when I heard some conversation in the living room that stopped me dead in my tracks. 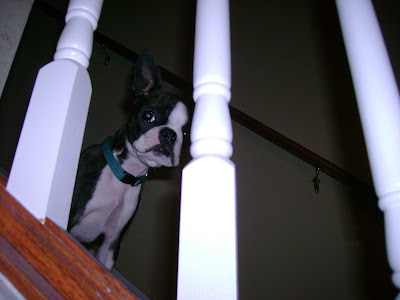 It was about Tadpole , and his decision to withdraw his offer of assistance to the U.S. Olympic Swim Team. WHAT? 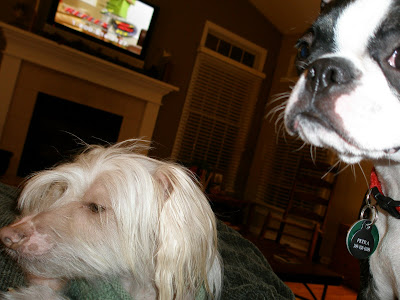 His mind was set. I tried to reason with him and explain that his chest hair would grow back if it were shaved, just like his mullet did, but he wouldn't listen. 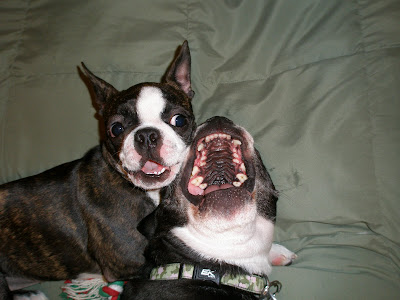 I was shocked, but Fig ~~ for whatever reason ~~ thought it was hilarious.
Posted by Petra at 11:03 AM

Petra...
I am totally with you. I told Tad it would grow back, but he didn't listen. Boys sometimes....

Oh and I like used kleenex too! We have SOOOO much in common!

Love the photo of you and Figgy!

I didn't mean to cause problems here. I shave my chest. Didn't think it would upset him so...

Ah I think he made the right decision for him. Maybe not for America but for him anyway.

He is one stubborn naked Chinese man. I guess you have to respect his decision.
Dawson loves to eat the kleenex and Foley likes the dirty socks.

Petra,
I told him if he were to "prune" his chest hairs they would probably grow back tenfold. I can tell in that picture he isn't listening to any of us.

Fig is one toothy gal, isn't she??

Petra
It's a twue loss to the team, but Tad can be stubbown
smoochie kisses
ASTA

That is funny. Doesn't Tad know that if he shaves his chest the hair will grow back stronger and thicker? And to think, he looked so dang cute in those trunks.

You have to remember that when boys think, it doesnt always make sense. My catrbother is the best proof of that. He thinks spending all day staring at the fridge is fun AND he bites the hand that feeds him - a lot!!!!
Boys are weird.
That picture of you and Fig is hilarious!
Kaos

Fig has some big teeth! Yikes!

Maybe we can suggest another event for him to participate. Something a little more manly and hairy. Like Ping Pong!

Tadpole could always wear one of those full-body suits.

I love my sofa too much to unstuff it. I think...

Hi, Petra!
I read Tad's post about his decision! I was so sad with it, but I know how proud he is of his "hairy" chest!
Kisses and hugs
Lorenza

Omdog, why did he do it? I am glad Fig got a kick out of it, we all need a good laugh now and again.

Cripes we didn't think the U.S swim team needed much help haa haa they're doing really well on their own. You can take it easy Tadpole, just sit back and watch those medals roll in.
D is cranky cause Australia isn't doing as well as usual....grrrrr.

Thanks for trying to get Tadpole to take one for the team. He's just a stubborn dude sometimes.

That last photo of you and Figgles is KILLIN' me. Wow, she's got a mouth on her, huh?

By the way, I too love used kleenex and have a stash of them hidden under the sofa. If you run out, let me know.