Guess what happened a year ago today? Cinderella was adopted, came to live in corn country, and was given the name of PETRA! 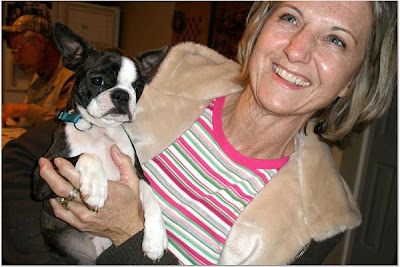 This is the very first picture that was ever taken of me. When Motch walked into the house, Leah snapped a picture. Everyone looked at me and held me and said I was cute. 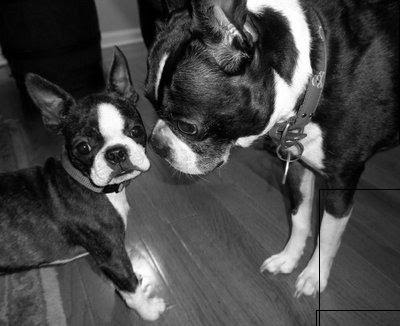 When I met Fig, I didn't know what to think of her and she didn't know what to think of me, but it didn't take long before we became friends. I'd show you a picture of Tadpole and me, but he never came close enough to get a picture of us together. I still haven't figured out if he was afraid or just didn't like me, but when he looked my way, his tail was down instead of up. 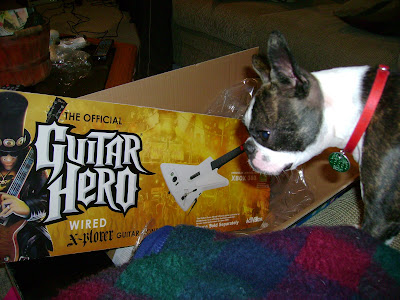 Alot has happened in a year! I've grown up, and Tad has even become my friend. In honor of my adoption, we had a party, complete with a band. 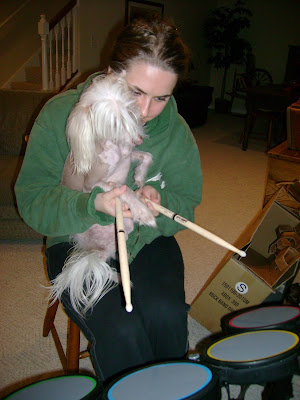 Tad said he wanted to be the drummer but changed his mind because the drums hurt his ears. 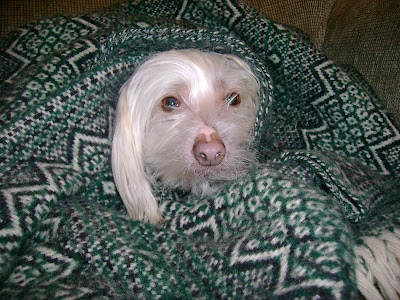 He decided it was safer under the blankets, so Leah played the drums while Hannah and Josiah played the guitars.
Fig and I danced along with the music! Wooooooo! 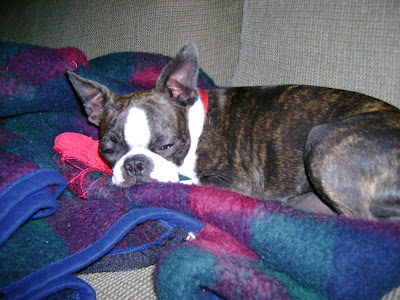 I had to take a break and catch a few winks after all of the celebrating. Adoptions days are as much fun as birthdays!
Posted by Petra at 8:01 AM

Happy adoption day to you!
You were the cutest little adoptee!

Miss petra Pot Pie. You were so cute then and you are so cute now. Happy Adoption day.

Petra
Pie!!
HAPPY ADOPTION DAY!!!!
It looks like the funnest pawty..I'm so glad you have such a wondewful family and that fig and Tad appweciate youw wondewfulness
smoochie kisses
ASTA

Happy Adoption Day! I don't know when my barkday is so I think I will just claim my Adoption Day (January 19th!) as my barkday. Do you think that makes sense?

PS - Mom isn't knitting a hat for me. I won't wear clothing aside from collars and bandannas.

Happy Adoption Day! What fun you had!
Hugs & Snugs
Eduardo the Snuggle Puggle

Hey Petra! Mom got a pic up on today's post where you can actually see her 2 vet's faces! She wanted to know if youcould drop by real quick just to see her son and Dad. You wouldn't have to comment or anything. Guess she just wants to show off her guys.
Hugs
Sunny

Happy Adoption day, Petra! You're just as cute today as you were a year ago!

Petra baby! You brought so much joy to all of us the day Motch and PA brought you into our family. They don't always bring you over because you love to attack my teddy bear collection...but you are so much cuter than any old teddy bear. Come over and lick me any time...cutie Petra. Love, Grammy

Hey Petra,
Happy Adoption Day! Glad you had a great time celebrating. Why didn't you play in the band? I bet you'd make a wicked drummer girl.
C-ya,
Murphy Dogg

Hi, Petra!
Happy Adoption Day!
Glad you all had a nice celebration... well almost all. Tad does not look very happy!
Kisses and hugs
Lorenza

Happy Adoption day...what a great way to celebrate!!! That movie was sooooo funny...particularly that Taddy could sleep through all that 'music' - BOL!!!

Happy Adoption Day to you. You had quite the party. I think we saw that band on tour one time. You have a lot of pull (as seen with Fig) to get them to play your party.
Tad is quite the party pooper.